This is me as a child… Every christimas and summer I go back home to my family, it feels like a nest. Like connecting and reconnecting with grounding values. It is always very refreshing and fulfilling...

Christimas is a reset button in my yearly schedule. Touch ground and reconnect with the family and a slower life mode.

SENSES is the last piece that I have been creating… it has been a very important process for me. In organizing my time. In understanding what makes me creative. My relation with the performers and my dramaturge Merel Heering as well as with everyone involved in the project..

We had a 10 days residency in Bassano del Grappa where we drew what became a lot of the skeleton of the piece to be. But our take there was a lot into stressing the bodies in order to find release later, which in time, we decided to not go for..

This time in Bassano gave room for the group to bond a bit better. Set a proper rhythm of work. Get everyone’s creativity stimulated… 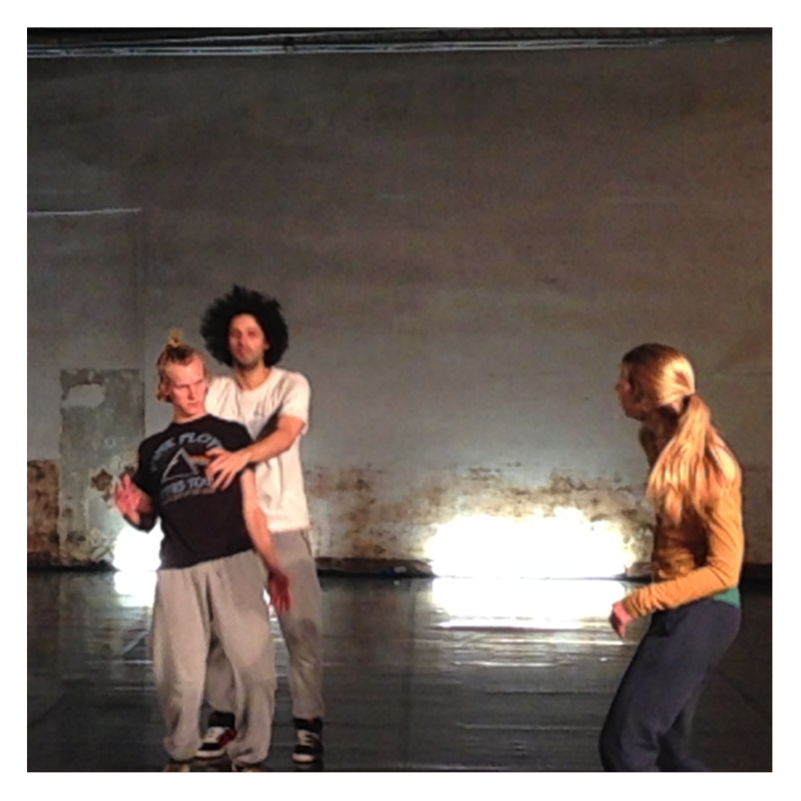 Once back in Rotterdam we opened the process to outside eyes, closed ones, and further ones… and we flipped the whole thing to get more to an essential place.

It felt like stressing the body was putting more the focus on what keeps us from being in touch with our senses and way too judgmental towards our society rather than being constructive.

We finally reached a place where generating energy, taking time and embracing our surroundings and encounters became tangible.

I and my team were very proud of that piece!!

After that I had some time to reconnect with different layers of myself… including watching tv series… hahaha… a side of my personnality I tend to sometimes judge but which I realize I just have to embrace.. Because it’s fun!

I also got to spend some time in my apartment which I love to do.

I then was part of Makers Intensive in Amsterdam, in Dansmakers.. Where I met lovely Marie Goemine and Clara Amaral. It was stimulating and refreshing, also very informative as I realized I did not want to perform a solo I created earlier this year.. Haha!

Instead I started the exploration of my new piece to be developped in 2016… I found myself very inspired and playful.

With Dansateliers and Merel Heering we organized, as part of Communicating Dance, a one day Symposium called Vision on Contemporary Leadership. With the support of Vincent Wijlhuizen. And guests: Jan Marten (Choreographer) and Anne Breure (Artistic Director of Het Veem Theater)

It was a great and stimulating day where we found ourselves working very well as a team, and this notion of shares learning was very present and fruitful throughout the day.

I went on to participate to Spring Academy.. Which is an academy within the Spring Utrecht Festival for Performing Arts. It was incredibly stimulating, be it through the encounters with the other participants, the content and subject of the academy which was Post Humanism, the programmation of the Festival or meeting the Artists.. I recommend it vividly!

This is my fabulous colleagues of the academy. We had a great flow of interests and discussions!

Communicating Dance is funded with support from the European Commission under the umbrella of the Lifelong Learning Program (Leonardo Da Vinci Partnerships). This publication reflects the views only of the author, and the Commission cannot be held responsible for any use which may be made of the information contained therein.